"I want a 24-hour truce during which there is no rape." 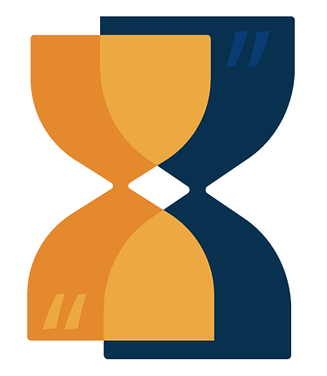 "I want one day of respite, one day off, one day in which no new bodies are piled up, one day in which no new agony is added to the old, and I am asking you to give it to me. And how could I ask for less -- it is so little. And how could you offer me less: it is so little. Even in wars, there are days of truce. Go and organizing a truce. Stop your side for one day."  - Andrea Dworkin

In Summer 2021, VOICE brought together women and girls from around the world in a live webinar to discuss what it would be like if we had one day, just 24 hours, without sexual assault. Following the discussion, the VOICE team published two volumes of reflection on topics such as bystanders to violence and patriarchy's effect on emotional intimacy. The volumes are structured by the theme of Time, to recognize the women and girls that fought for gender equality before us, and to remind those that withhold and abuse power that the feminist fight for equality is not going anywhere. 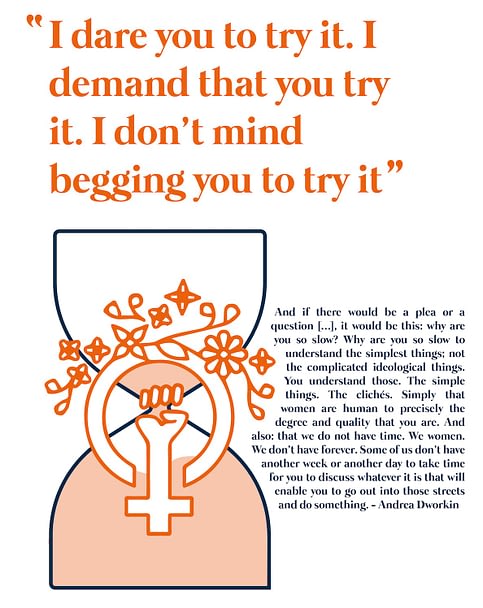 In 1983, Andrea Dworkin gave a speech she called “TAKE BACK THE DAY: I Want a Twenty-Four-Hour Truce During Which There Is No Rape”, which was published in 1984. Her speech is famous for its uncompromising naming of sexual violence – and rape in particular – as the embodiment of a sex-based hierarchy, where violence is the teaching tool sustaining that inequality. The speech is raw and goes straight to the heart of the power being exercised by perpetrators in rape, and the ways in which this power is institutionalized, systematized and baked into social structures.

by Heather Cole and Anu Pillay

In the 37 years since Andrea Dworkin gave this speech, feminists globally have continued, often at great risk to ourselves, the work challenging rape, sexual assault, sexual harassment, in our homes, in our workplaces, in public spaces, in conflicts. Activists everywhere have been engaged in serious and dangerous work challenging sexual violence in many dimensions; it cannot be said that the world is not ‘aware’ of the sexual violence perpetrated against women and girls.

And yet, so little has changed. Every time we have a surge of activism, from Beijing onwards, we hear the same resistances: we need to educate boys and start with the next generation, it will be different at some unspecified point in the future; it’s not that bad, women and girls exaggerate; anyway, there’s so many false accusations because women and girls have regrets after bad decisions; they provoked it; they were engaged in risky behaviors; they were drunk, or drugged and careless; they shouldn’t have been out; they shouldn’t have married him; they should have called for help.

When we challenge these tired old tropes, we meet another layer of resistances: you need to bring men on-side; you need to be less aggressive; you need to stop making such a big deal about it; Not All Men Are Like That; is it really that big an issue, though, compared to every other issue we could be talking about; you have to stop blaming men; it’s awful but those men are different and it’s sad but we really don’t see what it has to do with us. On and on and on. 37 years since the speech and the resistance is entrenched. So, we dared you to stop, we demanded you stop. We will beg you to stop, if that’s what it takes. What does it take, actually, for men to stop raping and sexually assaulting women and girls? You asked for evidence and we provided it. You asked for analysis and we provided it. You told us it wasn’t that bad and we showed you it is. You told us we’re exaggerating and we demonstrated that we are not. We asked nicely. We asked politely. We asked propositionally. We marched. We shouted. We demanded. We will beg if we have to. What needs to happen for this to stop?